On December 13, 2018 the employee volunteer group of GMA (GMA G.I.V.E.S.), celebrated the season with our Batang Kapwa (BK) members for the second time. This volunteer group guides, interacts, volunteers, educates, and serves (G.I.V.E.S.) their target beneficiary of choice.

These children suffering from Acute Lymphocytic Leukemia (ALL) played games with actor Migo Adecer. After singing a song, Adecer expressed how he was looking forward to seeing them all again. Reality Talent of Bet ng Bayan, Hannah Precilla, also serenaded them with a fun Christmas song. A few of the children spontaneously joined the fun and stood up to dance with her.

Orlando S. Mercado, President of the Kapwa Ko Mahal Ko Foundation, iterated that aside from the medical treatments, getting together to exchange stories, experiences and advises is also important. He also emphasized that for the children, this experience is what is called "Character Building".

Vice President of Corporate Affairs and Communication of GMA, Angel Javier-Cruz, joined the celebration with other volunteer employees as they watched an episode of the tv drama fantasy series Daig Kayo ng Lola Ko [lit. My Grandmother is Better than You]. The celebration was filled with food, games and prices. This afternoon was capped with the interaction of the children with Santa Claus. ​ 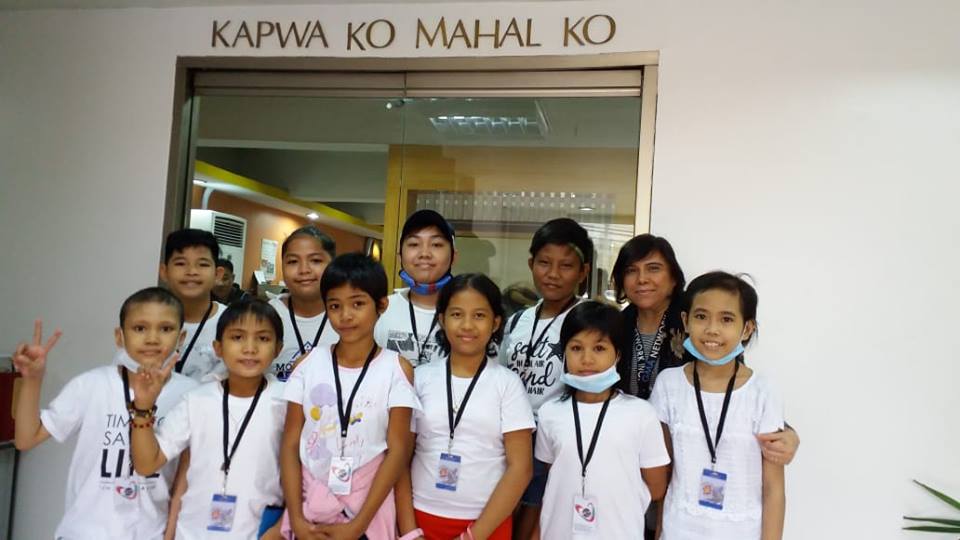 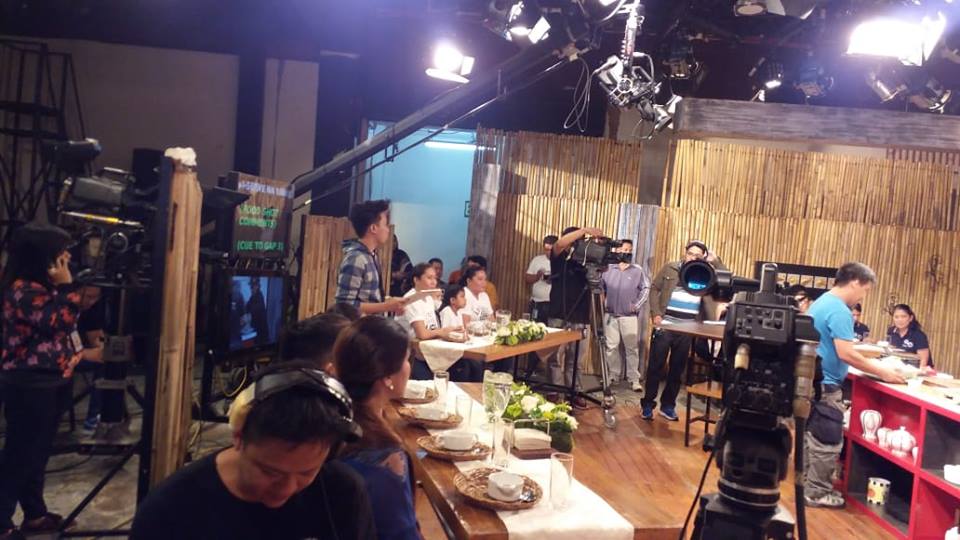 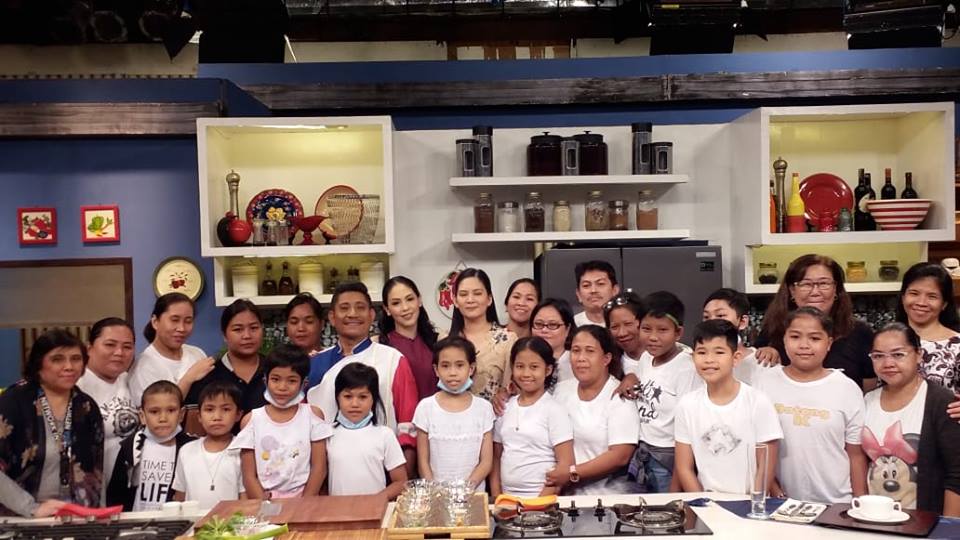 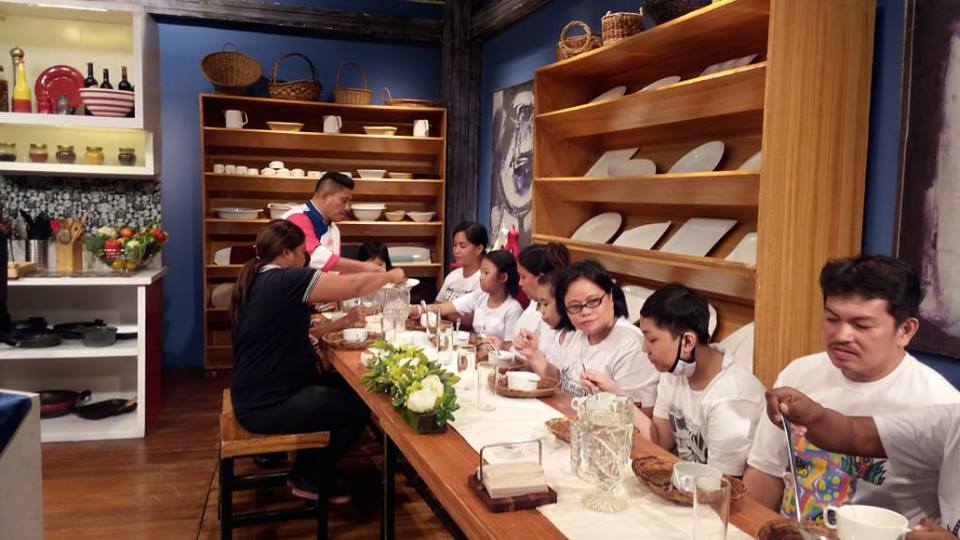 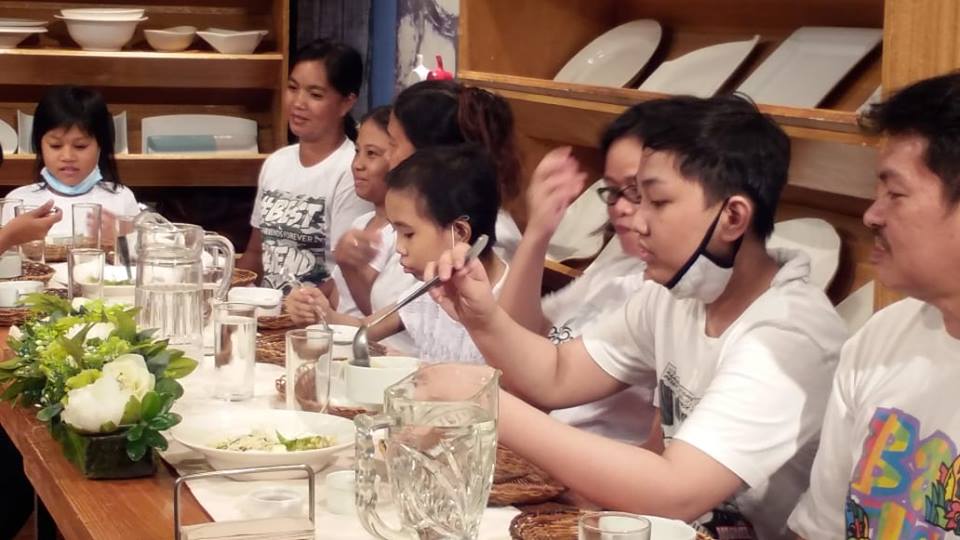 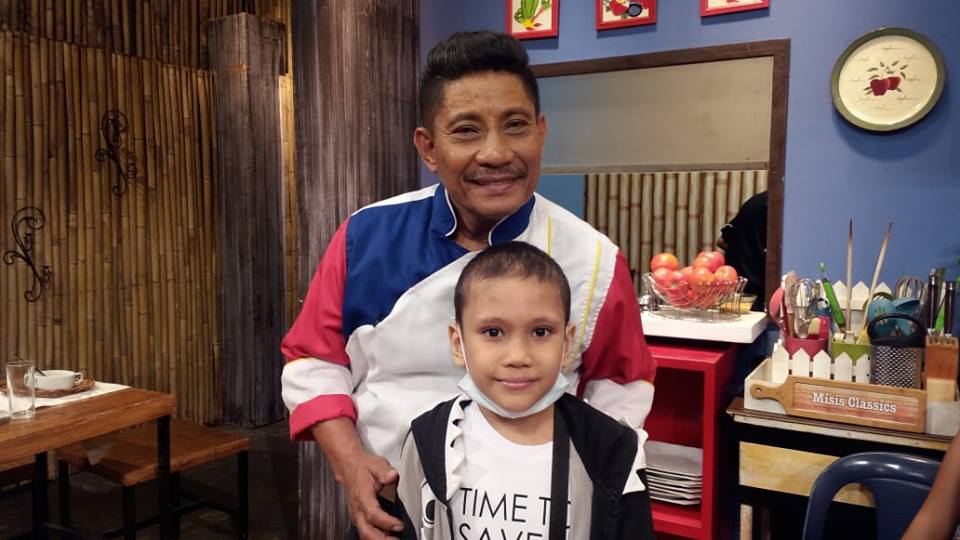 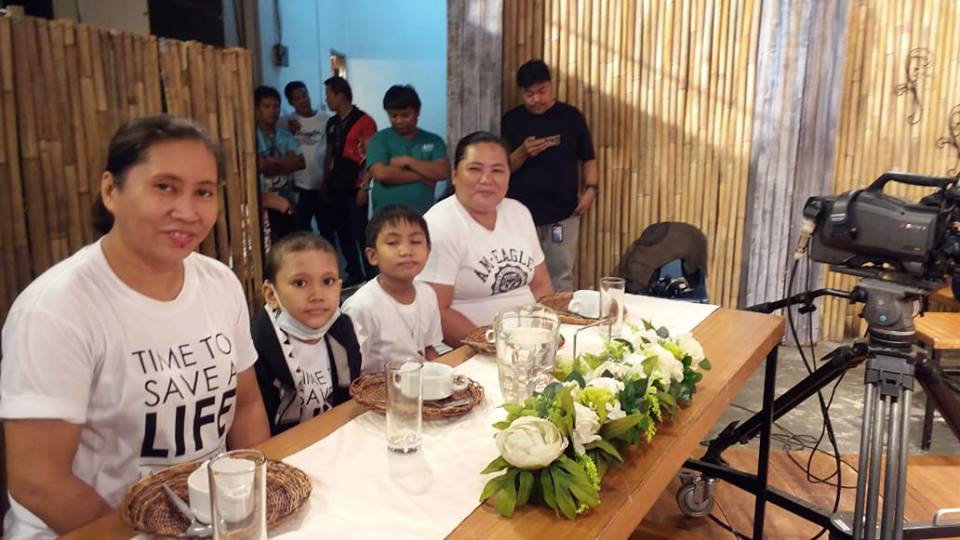 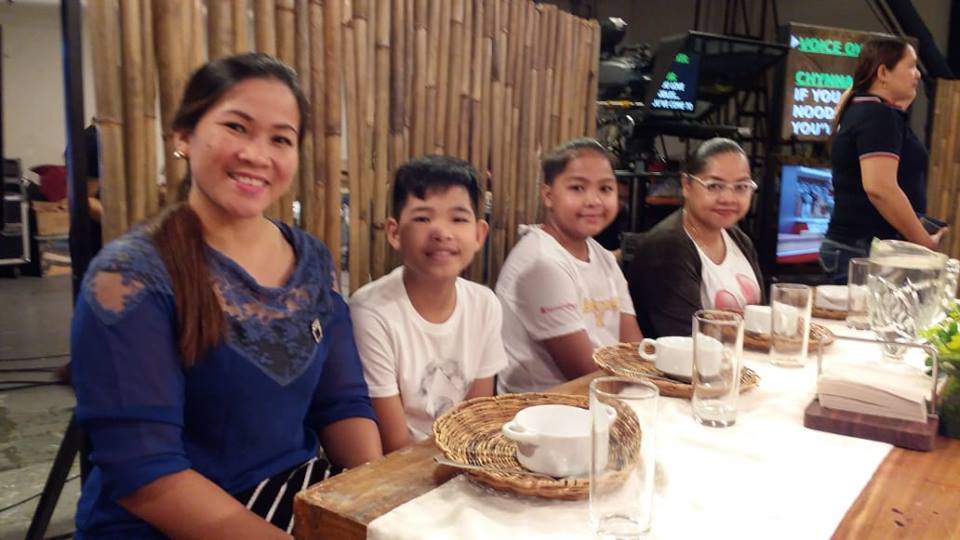 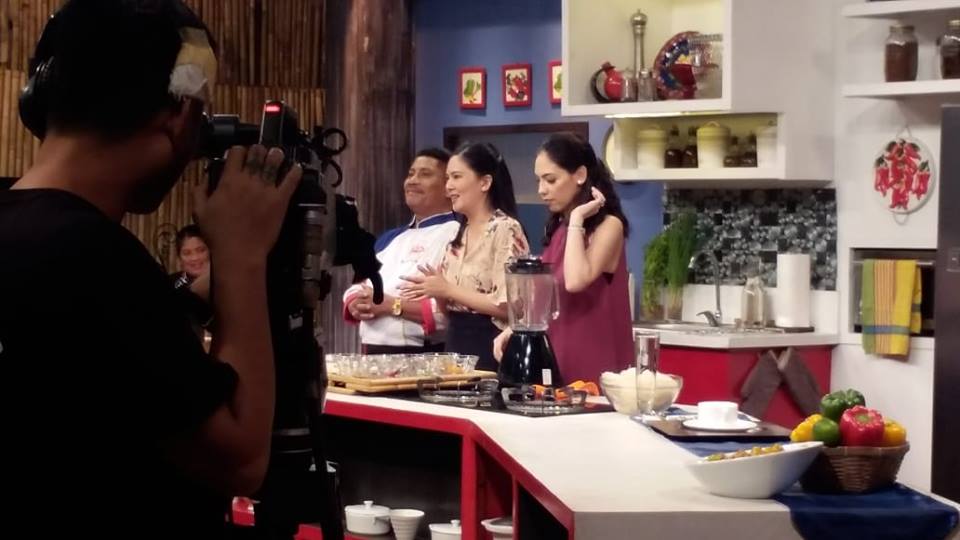 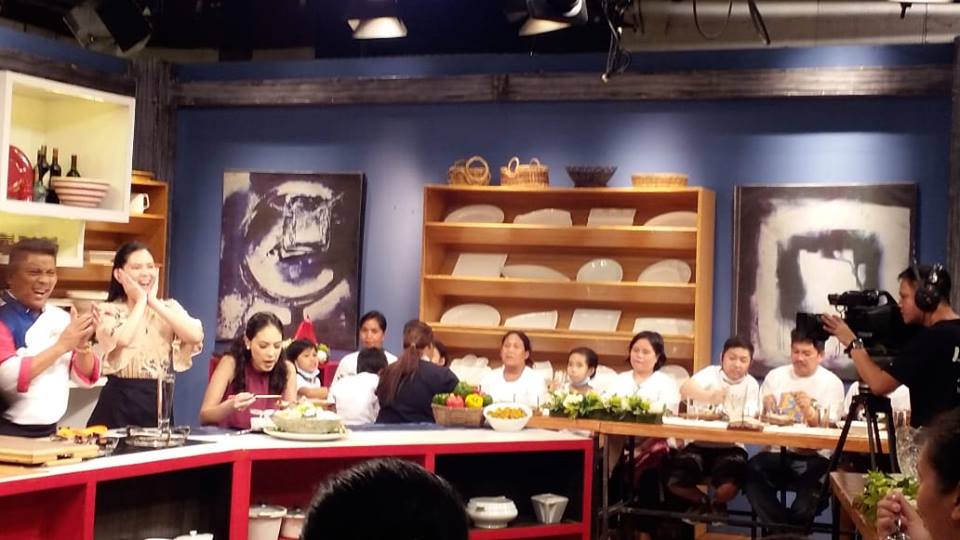 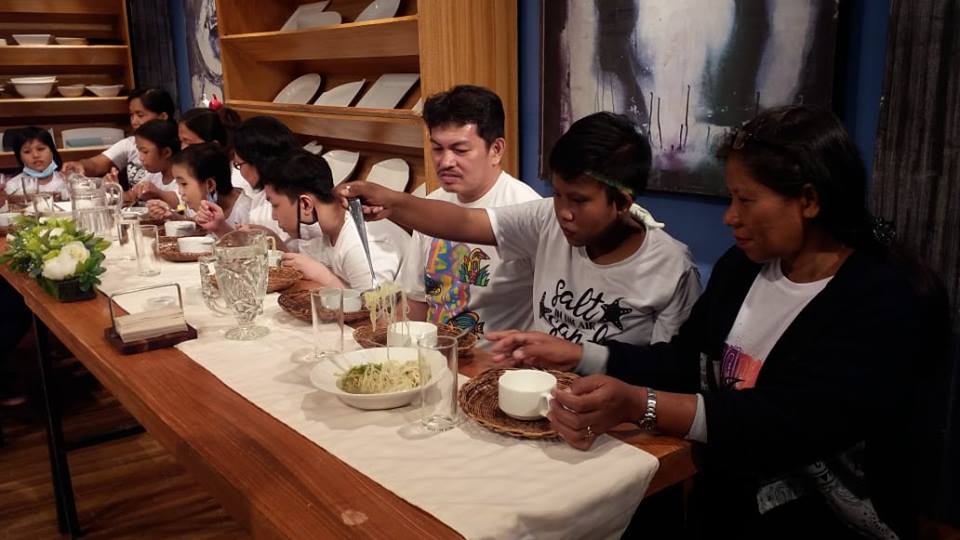 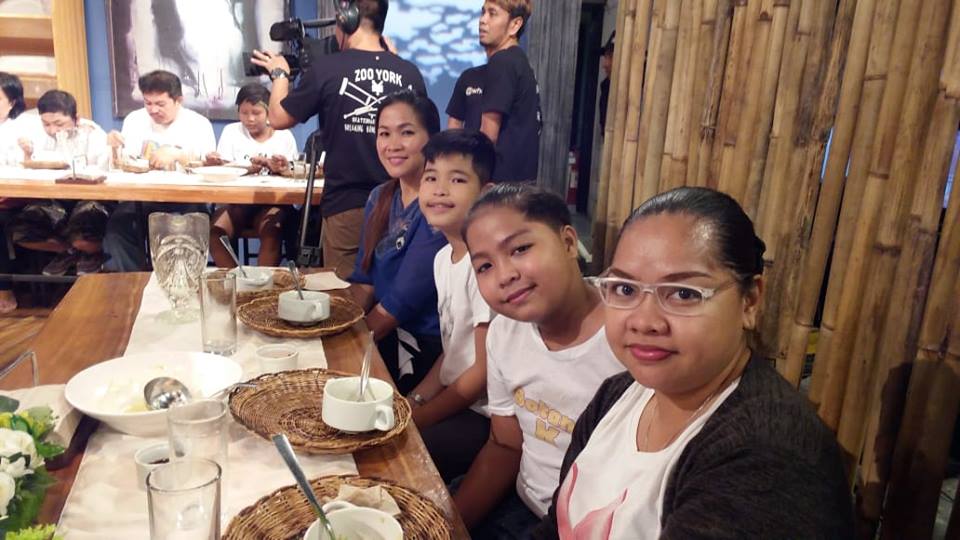 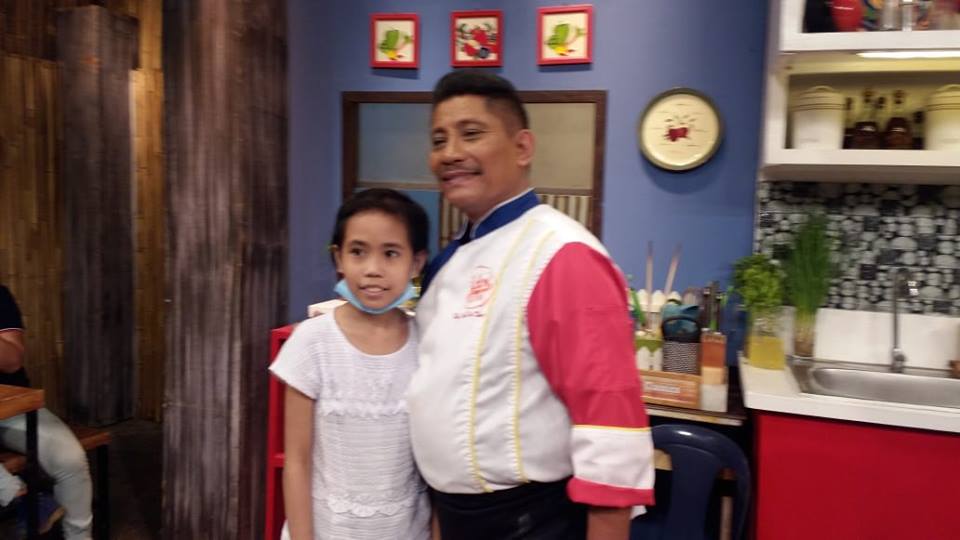 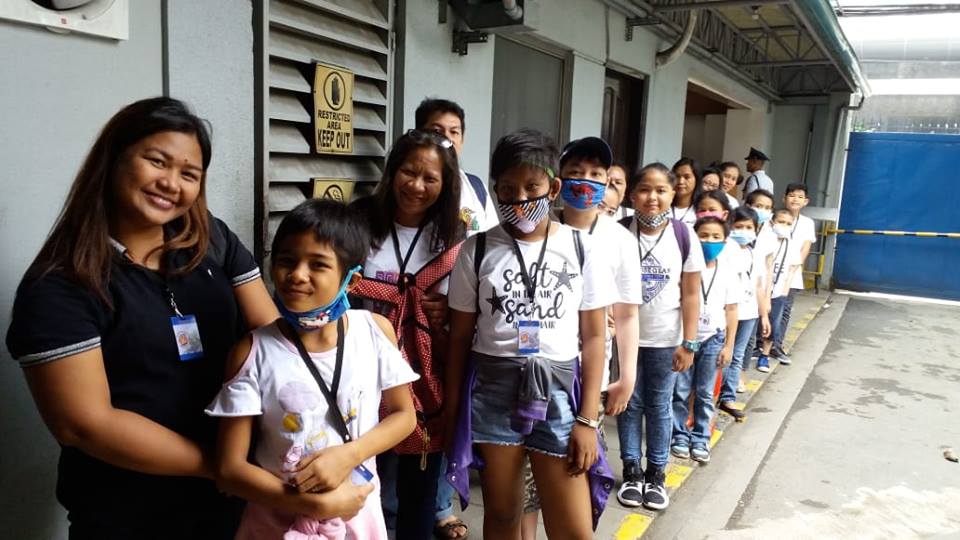 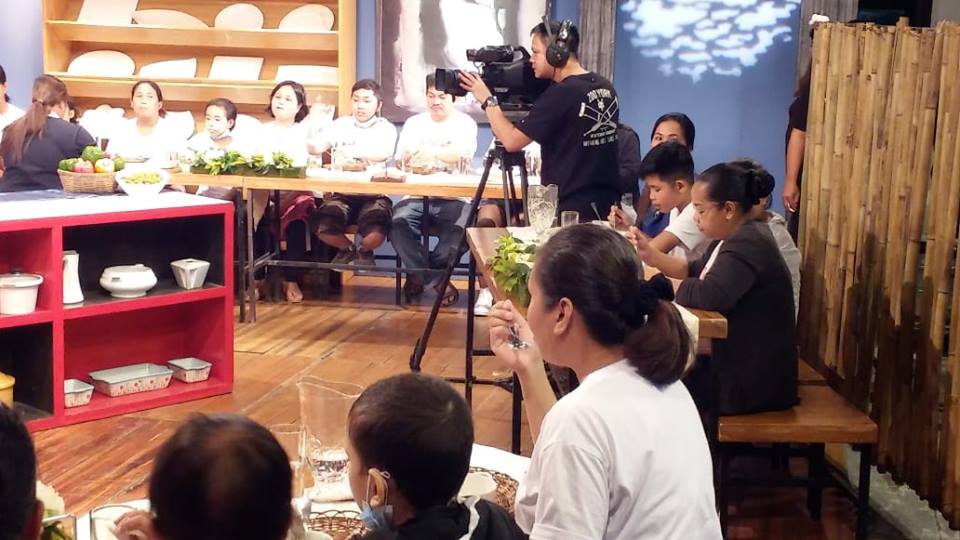 Twenty Batang K members and parent companions were the audience of the GMA News TV show Idol sa Kusina, a cooking show hosted by Master Chef Pablo "Boy" Logro with cohost Chynna Ortaleza. With celebrity guest Vaness Del Moral, the children and their parent companions watched a television show taping and got to learn how to cook an Indonesian noodle soup with tofu, chicken strips and egg called Soto Ayam.  During the tapping, excitement of the children and adults could not be contained as they tasted the delicious dish. Before the fun-filled afternoon ended, the children and their parents were allowed to interact with their cooking idol and celebrity idols. This weekly show airs every Sunday at 7:00 pm. The segment aired on September 23, 2018. To watch the segment, click here. https://www.gmanetwork.com/entertainment/tv/idolsakusina/videos/#86639

Every year,  Kapwa Ko Mahal Ko Foundation Inc. conducts a thanksgiving party to give happiness to the "Batang K ". These are the children with Acute Lymphocytic Leukemia This 2017, Kapwa Ko Mahal Ko is celebrating it's 42nd year anniversary.​ We would like to thank our sponsors, donors and all of the individuals through all the years of Kapwa's existence. Expect that in the coming years that the Kapwa Ko Mahal Ko Foundation will continue to bring hope not only to the " Batang K" but also to all our other patients who needs medical assistance.

Party and fun and games were sponsored by the Hombre Family last November 25, 2017. Twenty BK kids joined the activity.  The participants were given loot bags, bag of groceries, cuddle pillows and gift cheques redeemable at Mercury Drug.

On May 27, 2017, a birthday celebration was sponsored by the Decena family for our children with ALL (Batang K participants) to coincide with their son Gabby’s birthday as a way of sharing to the less fortunate. A total of 30 children. plus their companions. were treated to a party with fun games.  They were also given bags of giveaways by the celebrant.

On May 24, 2017 a kind-hearted donor sponsored tickets for the Mind Museum while Art In Island establishment gave free tickets to our Batang K members. A total of 25 Batang K members plus their parent companion had a memorable learning experience in Mind Museum. Meanwhile in Art In Island, participants were busy taking  snapshots as they marvel at the different 3D wall art.

BATANG K - WE ARE ONE

Batang K (Children with cancer) of Kapwa Ko Mahal Ko Foundation sings We are one to join the Child 4 Child voice of the Children for Childhood Cancer Awareness Campaign.

Rudy, Dandel and Cleo serve as an inspiration to our young people going through a trial. They are proof that despite the hardships and pain we should not lose hope. The Batang K Program and the Kapwa Ko Mahal Ko will help and support those people who are in need.

Our Batang K had a chance to express their talent in drawing and sketching. In the following weeks the Batang K patient will be learning more from our volunteer artists.

A simple gathering was offered by Ms. Abdullah Yati, Country Manager of DHL Philippines to our Batang K. This is the third year of Ms. Yati gives pleasure to our Batang K patients. According to Ms. Yati this is her way of giving her gratitude to the Lord for all the blessings she receives, for her it's a great privilege to make children happy, especially those children with serious illness.

Batang K patients and their parents enjoyed the party, they temporarily forget their illness and they have a chance to have fun together with their fellow Batang K patients.

And before the party ends Ms. Yati also give her gifts to the Batang K and staff of Kapwa Ko Mahal Ko. She also gives check donations to help our Batang K patients.

Kapwa Ko Mahal Ko Foundation is grateful to Ms. Yati for supporting our goal to assist and provide happiness to our Batang K. Again, thank you very much Ms. Yati and may God give you more blessings.

Ate Camille Angeles, Kapwa Ko Mahal Ko Mission Correspondent, and Kuya Albert Uy, Former Executive Director of Kapwa Ko Mahal Ko led the program. There were fun games for the kids and also for their parent that shows their talent when it comes to dancing. There was also a food coming from our sponsors and those who convey donations to Kapwa Ko Mahal Ko Foundation.

Also Sophia Francisco showed talent in singing, Sophia once diagnose with a Ventricular septal defect, In October of this year she undergoes to a non -invasive surgery. Now she can live a normal life and far from disease.

Sharra Mae Dela Peña was also wanting to give gratitude to those who help her in her treatment, She has an Acute Lymphocytic Leukemia and continue fighting in her illness.. Sharra Mae was required to continue her chemotherapy sessions and passed the laboratory test for her to become permanently healed. This Christmas Sharra won't ask for nothing but to be healed in her illness and to go back to school.

As a gift to the "Batang K" Ate Camille also offered a song number, further the happiness increased when Jollibee and Chummy Chumm came in and showed their dance number.

Before the end of the program the "Batang K" has provided a song interpretation, This is their offering and way of saying thank you to the sponsors and donors who gave help to make this event happened.

And of course the much awaited gift giving. Many gifts was being received of the "Batang K". These gifts came from the sponsors and to the Kapuso who has been tirelessly helping the Kapwa Ko Mahal Ko Foundation

Thank you very much to our sponsors, donors and to all of the Kapuso, expect that in the coming years that the Kapwa Ko Mahal Ko Foundation will continue to bring hope not only for the " Batang K" patients but also in our other patients who came in our foundation.

It’s a one day, that's full of fun for our Batang K patient or children with cancer. Freddy Lee and his family chose to celebrate his birthday with children with serious illness. The kids enjoyed the gift giving made by Freddy Lee, the children enjoyed dancing, singing and fun activities. For our Batang K patients it's a day where they found a temporary relieved on their illness and they have a chance to have fun.

This birthday party is a way of Freddy Lee to thank the Lord for all the graces that he receives. And also to be with to our Batang K patients on his special day.

​© All Rights reserved
No part of our material may be reproduced without proper permission from the Kapwa Ko Mahal Ko Foundation.
Sharing our material, to assist the foundation and it's beneficiaries, is permissible and even encouraged. ​​